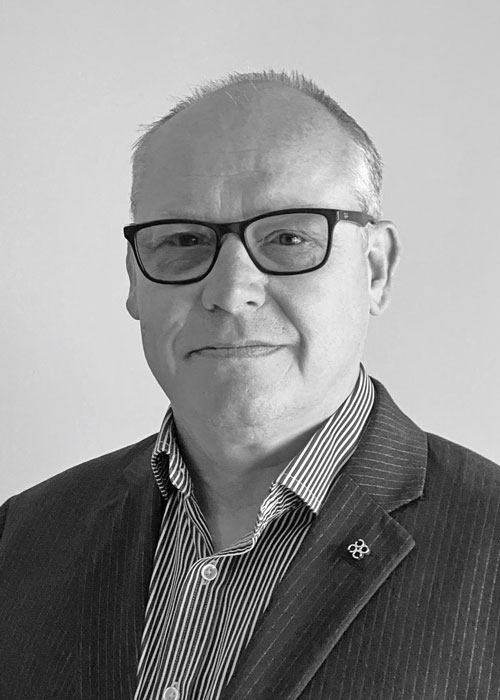 Andrew Ayers is a founder and Co-Director of VA Rail. He is a successful Commercial Bid Leader, with an impressive win record since UK rail privatisation, winning 6 bids. He has over 26 years rail experience in commercial, revenue development, marketing, general management across six UK transport owning groups. Andrew led a number of transformational change programmes, starting with train operators, c2c in the mid 90’s and was the architect of the relaunch of Southern Railway in 2005. He also played a central role in launching the UK’s first domestic High Speed rail service and new timetable, with South Eastern in 2009.

As a rail consultant Andrew has led numerous projects, including conceiving and developing, Abellio Corporate Travel, a highly profitable retail operation, which now serves 500 clients. Andrew was central in developing the commercial aspects and development of the Stansted Express air-rail retail proposition and was highly successful at revenue development for Greater Anglia. Since then he has been part of the successful bid team as Commercial Lead, winning the Greater Anglia franchise on two occasions, where he played a role in mobilising and transitioning the franchise and delivery of numerous committed obligations and CX regimes. He has advised West Midlands Trains after transitioning their franchise in 2018 – specialising in business and channel development. More recently he has led the commercial team – mobilising the new East Midlands Railway (EMR) in 2019 and has recently advised Transport for Wales on their retail strategy.

Let's work together on your next project Get in touch

This website uses cookies to improve your experience while you navigate through the website. Out of these cookies, the cookies that are categorized as necessary are stored on your browser as they are essential for the working of basic functionalities of the website. We also use third-party cookies that help us analyze and understand how you use this website. These cookies will be stored in your browser only with your consent. You also have the option to opt-out of these cookies. But opting out of some of these cookies may have an effect on your browsing experience.
Necessary Always Enabled
Necessary cookies are absolutely essential for the website to function properly. This category only includes cookies that ensures basic functionalities and security features of the website. These cookies do not store any personal information.
Non-necessary
Any cookies that may not be particularly necessary for the website to function and is used specifically to collect user personal data via analytics, ads, other embedded contents are termed as non-necessary cookies. It is mandatory to procure user consent prior to running these cookies on your website.
SAVE & ACCEPT